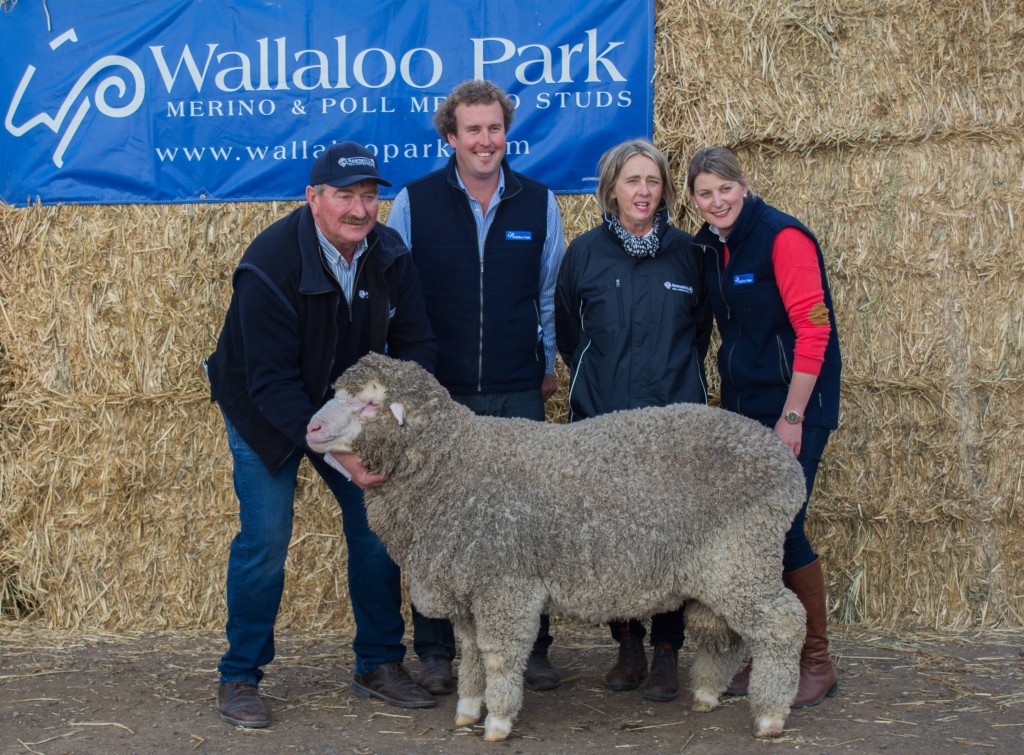 The heaviest cutting ram from the Wallaloo Park draft attracted the top price at the Marnoo stud’s annual sale.

He praised the ram’s wool quality, density and staple length.

“You don’t often get that quality of wool and staple length, with that thickness,” Mr Dahlitz said.

“He is a huge cutter, his feet and back end are very good and he has a clean face and pretty good poll, so he’s well covered with such great density and wool quality.”
Mr Dahlitz said the ram would be used to “thicken up” some of the Roemahkita ewes.

“He is a bit exceptional.”

The ram had a yearling clean fleece weight (YCFW) of 34.4pc and yearling staple length (YSL) of 12.8pc.

Prior to the sale, Wallaloo principal John Carter told buyers the stud was continually looking to breed a better balanced Merino,

“We want to really encompass all the hard work we have put in, over the last 30 years, in getting our wools predictable, showing quality and filling bales as best we can,” Mr Carter said.

He said Wallaloo embraced technologies, such as ASBV’s, to allow it to fasttrack breeding dual purpose Merinos, which had great carcase traits and good early growth.

“They are a pretty important part of our bottom line, in producing true, balanced Merinos, which we can sent into most environments.”

The sale was conducted by Landmark and Elders.